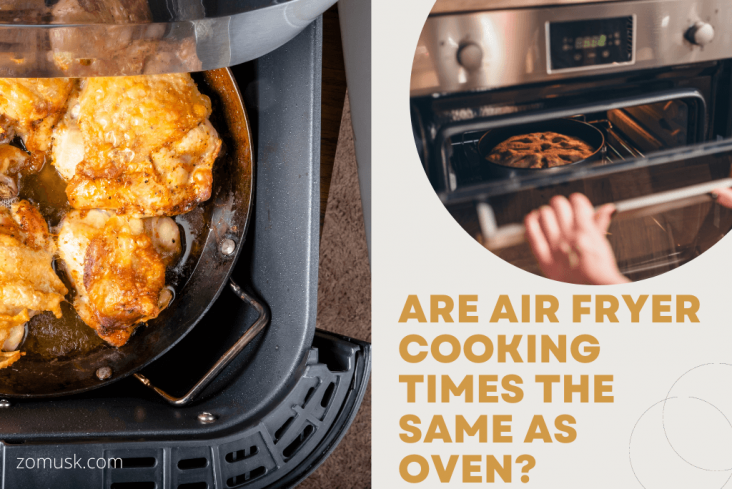 Trying to convert the oven recipe into your air fryer?

This is probably the best way to fulfill your craving in a much healthier way. So, in this article, we are going to share the answers and experiences of our air fryer experts to know: Are air fryer cooking times the same as an oven?

Are air fryer cooking times the same as an oven?

The answer to this question is NO.

The cooking time of the air fryer and the oven is not at all same. The air fryer cooks food much faster than an oven but in fact, the air fryer doesn’t require preheating before use as an oven.

So, if you are trying a new recipe in your air fryer that is actually an oven recipe then you have to be careful about the timing, and in some cases, you have to consider the temperature as well for delicate recipes.

You might be thinking the opposite. You might have thought about the oven as the fastest of both. Well, I also thought the same when it was mentioned that both the air fryer and oven don’t cook at the same time. But, no. The scenario is different.

How air fryer is faster than an oven?

The question that triggered me was how even that was possible. Ovens are much hotter and more intense kitchen appliances. After the expert’s answer, I was much clear about the working strategies of both appliances.

This is the reason, it takes more time to preheat the oven first than takes time to cook food. In fact, the uncertainty of the flame in your oven is also a drawback sometimes while cooking in it.

This is the way, the air fryer works and generates heat. As it doesn’t require preheating before cooking it cut down the cooking time. And the rapid air technology works faster to cook food which reduces around 8 to 15 minutes on average as compared to an oven.

More Read:  8 steps to use an air fryer like a pro

One thing more which I came to discover is that you have to be sensible when choosing air fryer over the oven. The air fryer does take less time but it has less space as compared to an air fryer. This means 2 to 3 batches of an air fryer can be cooked in an oven as a single batch. Therefore, choose appliances wisely. If saving time is your core concern and the batch is also small. But if you have to cook big batches for some dinner party or guests use the oven. It will save more time collectively.

What if I make your life easier by letting you know the expert’s suggestion over the time and temperature difference between an oven and an air fryer?

So, here is the thumb rule for converting an oven temperature and minutes into an air fryer recipe.

While converting the oven recipe into an air fryer reduce the temperature by 25F and the time would be 20% less than the actual recommended time.

By following this rule you can now easily convert your oven recipe into an air fryer recipe.

Cooking time difference between an oven and over air fryer

These are some of the mostly cooked air-fried foods with average cooking timings. You can have an idea with them and adjust it according to your food size and quantity. It’s a general estimation that may vary from oven to oven and air fryer to air fryer.

Hope you have got your answer in-depth to the question: Are air fryer cooking times the same as an oven? The difference is discussed in depth to clear your concepts about both appliances. An air fryer is beneficial and time-saving when there is a small batch of food whereas an oven is beneficial for big batches. Both are having its own importance and value but as far as timing is concerned air fryers are faster than they are electrical. They don’t require to be preheated before cooking which ultimately saves prep time as well. The oven requires a minimum of 10 minutes Now don’t waste any further time start cooking. 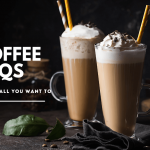