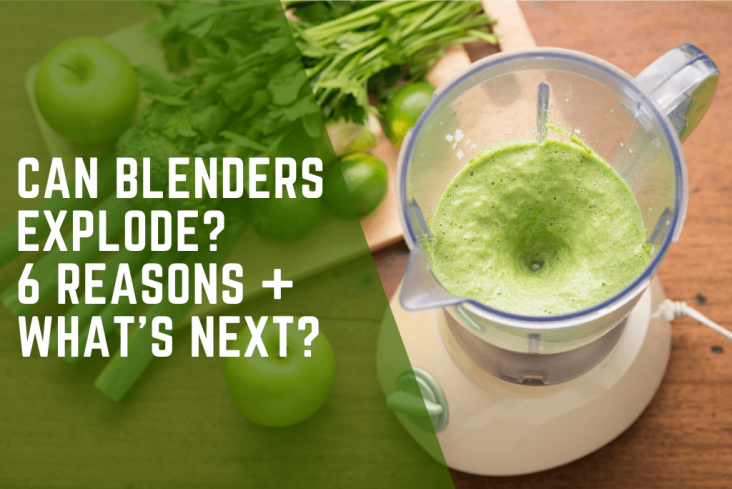 This article is written to tell you about one of the problems of blenders that you might have faced. That is: Can Blenders Explode?

Yes, of course. But very rarely. A blender is a machine, a human-made machine that can explode too. But the good news is that it doesn’t explode so commonly.

Blenders Can Explode – Reasons for Explosion

Following are some of the most common reasons for the blender’s explosion.

There are many reasons why a blender can be overheated. It could be malfunctioning, fluctuation of electricity, over usage, mishandling, and much more. Overheating of the motor can damage the blender and its parts. You can experience smell and smoke. The extreme reaction that you can face from blender overheating could be the blender explosion.

Since Blender is a machine, there are some protocols to be followed in order to use a machine. Using it inappropriately can be the reason for serious damage. Some basic protocols to use an electronic product like a blender are as follows:

More Read: Does your blender smell bad? Try this next

Electricity fluctuation Breaker trips or short circuits, in short, any unusual activity of current can cause damage to your appliances. And among all the damages, the explosion is also one of them.

Each blender is made differently but there is a basic structure and pattern that is followed in the manufacturing of blenders. It includes a lid that needs to be properly fixed before blending, many blenders have a child lock or lock feature which needs to be locked before blending, and blenders are made in such a pattern that they need to be put and fixed in that particular pattern to function. If any of the cases are not followed your blender would not work and in the worst situations, it can explode as well.

As this world and everything is mortal, blenders do lose their durability and start getting weak over time. Many times it has been noticed that blenders explode all of a sudden without any particular reason. The reason found was blender’s old age, no other particular main reason. So yeah, if your blender is too old or has been overworked it could be the reason for the explosion. But it’s not a common reason for blenders to explode.

The other possible reason could be the malfunctioning of the blender during its manufacturing. This is an exceptional case. It usually doesn’t happen but it can be one of the reasons.

If you are one of those whose blender is exploded and you are confused about what to do next then:

Why did my NutriBullet explode?

The heat and pressure inside the canister that builds up when the 600-watt motor is turned on is most likely the cause of these Nutribullets exploding. The canister explodes when the pressure becomes too much. Nutribullet is publicly disputing these allegations and blaming the consumers.

The handheld Magic Bullet Blender & Food Processor, like the NutriBullet blender, has been reported to burst, sending hot liquids flying and causing significant burns to users and those standing around.

Is the magic bullet safe to use?

The Magic Bullet handheld blender has been connected to equipment failure, putting users at risk of severe cuts or burns. Injured consumers have brought a number of lawsuits against the company.

Can you blend hot things in NutriBullet?

Yes! The nutribullet® Immersion Blender may be used to blend hot soups, warm purees, or mash cooked vegetables right in the saucepan.

Yes, Shark Ninja has been sued by customers who have been injured as a result of their blenders exploding while in use. As a result, shrapnel from the canister flies into the consumer’s face. Furthermore, it exposes the blade, which may come into contact with the consumer’s hand.

Can you burn out a blender?

A higher motor speed means a higher current. If you put hard foods in the blender jar and try to chop them on low speed, the motor will burn out.

Can you put boiling water in a blender?

Some blenders are capable of handling hot liquids, but you must exercise caution. When you put hot liquids like water into a blender that doesn’t have enough ventilation, pressure can build up and the blender can explode.

Blenders can explode but it’s not so common. If you use your blender correctly and carefully then there are 99% chances you would never experience it. But it’s a machine and can react to your expectations and predictions therefore, there is still a 1% chance that your blender might explode. Try to follow all the above-described protocols to use a blender. Those steps themselves can prevent you from the explosion and in fact, they will save you from many other damages too. 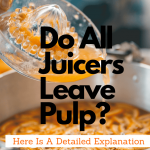