If you like coffee that is strong and hot, you might like percolator coffee. Ever heard about it? It’s an old-fashioned way of brewing a hot cup of coffee. Curious about this old-fashioned design that’s still popular?

Have you ever used a percolator to make coffee?

Many of you still might be unfamiliar with the percolator and its working procedure. In this article, we’ll talk about what it is and how it works.

What is a coffee percolator?

A coffee percolator is an old way to make coffee that was more common before drip coffee machines were invented. But it still has some die heart fans. It looks like a kettle, but it’s a machine for making coffee. Inside it water that is close to boiling is poured over the coffee grounds over and over again, making a stronger brew the longer this goes on.

How a coffee maker with a percolator works?

A coffee pot with a chamber at the bottom is called a percolator. From the chamber to the top of the vessel, there is a vertical tube with a perforated basket near the top. At the bottom, there is a heat source, which could be inside or outside.

To make percolator coffee, put water in the bottom chamber and coarsely ground coffee in the top basket, then turn on the heat.

When the steam is heated, it makes a vacuum that draws water up the middle tube. The water then pours over the coffee grounds and into the chamber below. This is done repeatedly until the coffee is as strong as you want it to be.

During the brewing process, you want a temperature that keeps the chamber gently bubbling. “Perking” is the word for this. Most coffee percolators have a knob or lid made of glass to see what’s going on inside.

Is there any kind of Percolators?

Yes, there are two kinds of percolator.

The two kinds of percolators are stovetop and electric. They work pretty much the same way, but they get their heat from different places.

Electric coffee percolators have a heating element in the base that is powered by electricity and needs to be plugged into a socket. On the other hand, a stovetop percolator needs an outside heat source, like a burner or flame, to work.

Electric percolators can be more expensive, but they automatically turn off and often have a “keep-warm” feature.

On the other hand, stovetop percolators are cheaper and are often used by campers because they are one of the easiest ways to make a lot of coffee with just a campfire. The problem with the stovetop method is that you have to pay attention to it the whole time.

How do you use a Stove-top percolator?

Follow a few easy steps to use Stove-Top Percolator to Make Coffee.

How do you use an Electric percolator?

Are Coffee percolators and Moka Pot the same thing?

Let’s find out the difference between them both.

Why Would You Use a Percolator?

For people who like percolator coffee, there is no other way to make coffee that tastes the same. It makes a cup of coffee that is hot and strong.

Since it uses hotter water than most brewing methods, there is a risk of over-extraction, leading to bitter tastes

The high heat needed to make the steam pressure led to the vacuum being hot enough to bring out flavors in the coffee that are sharp and almost metallic.

But fans say this is easy to avoid if the temperature is carefully controlled during brewing.

A percolator is not ideal for extracting the most flavour from a decent coffee, but it does make a tasty cup of coffee or I would say; a satisfyingly strong cup of coffee.

What coffee percolator is best?

What is the difference between a percolator and coffee maker?

A coffee percolator is a pot that continuously boils coffee until it reaches the desired strength, as opposed to a coffee maker, which aids in the brewing process.

Why do you need a percolator?

The point of a percolator is to give smoke an extra filter. By putting it through water twice or even three times instead of just once, you get rid of more of the waste products of combustion.

Can you use Folgers in a percolator?

Yes, the folgers beans are pre-roasted and ready to grind. They will be ready for your percolator once you have ground them coarsely with your coffee grinder.

Do you need a coffee filter for a percolator?

To make coffee, percolators do not require filters. Although filters are not essential, they are strongly recommended to make it easier to produce a more wonderful cup of coffee.

How long do you cook coffee in a percolator?

It is totally dependent on how strong you want your coffee to be but for an estimate, percolate the coffee for 8 to 10 minutes.

Can you use whole coffee beans in a percolator?

Whole bean medium roast coffee is ideal for use in a percolator. Whole beans are almost always superior to pre-ground in terms of flavour.

Does anyone use a percolator anymore?

Even though percolators are old fashioned but people still use them and love them. It is purely based on their choice and how they are addictied to percolated coffee.

How do you clean a percolator?

What is cowboy coffee?

Cowboy coffee is a classic road drink created by trail blazing cowboys. They pour it into a cup when the coarse grinds have settled after it has been heated and mixed with water.

If you want your coffee to taste better, try a coffee percolator. Who can say? This old-fashioned coffee maker could be your next big thing. Some things are never old to be used. They stand out due to their originality. 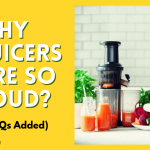 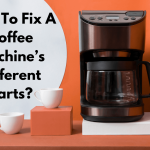